The “community wealth building” movement has grown out of a recognition that, in many places, rather than staying and circulating in local economies, money and wealth are extracted and tend to be concentrated in wealthier locations elsewhere. Added to this, over recent decades, attempts at regeneration or economic development have struggled to deliver in a sustained way across communities – partly because of this wealth extraction, but also because the idea of “trickle-down” or “trickle across” hasn’t worked well in practice. 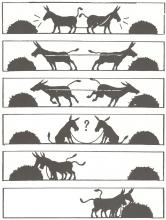 We try to teach young children to be kind to each other and to share things; but when they're older, they're often told that the world’s not like that and they’ll have to be careful and look out for themselves - that it’s competitive out there, everyone for themselves.

But we know it needn’t be like that, and that it’s better to work with others to solve problems.